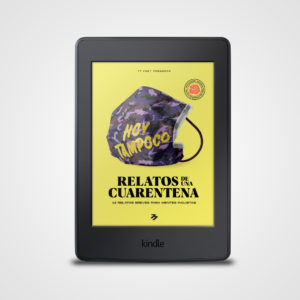 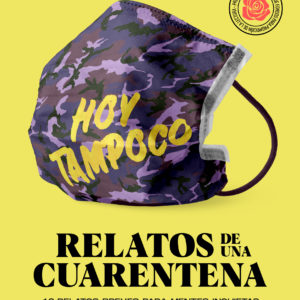 Nor today, Tales from a Quarantine - eBook

Because sometimes, due to a strange relationship of events or ideas, wonders happen, some destined to mark a before and after in our lives, as in the previous case and others, simply, to gather a series of strangers and expose them to the greatest company they have never faced ...

On April 1, for reasons that are irrelevant and have nothing to do with literature, a date was blasted in my face: 23/04/20. At that time, the confinement was scheduled to end on the 14th, but it was not necessary to be very clever to see that it would not be so. Suddenly the fear of passing the confined Sant Jordi took hold of me and I called my friend and journalist Andrés Nef to propose something to him, whatever it was, to do in the event that Sant Jordi could not be celebrated. Days later they extended the confinement, as you know, but we were already muddied up to the armpits. We were going to publish a book.

You decide the price

This Ebook has a voluntary price, that is, you choose how much you want to pay for it.
The funds raised from its sale will go to our local reading promotion campaign. ???

We use cookies to improve your experience. Visit "Cookie Settings" at the bottom of the page to change your preferences.

This website uses cookies to improve your experience while navigating through the website. Out of these, the cookies that are categorized as necessary are stored on your browser as they are essential for the working of basic functionalities of the website. We also use third-party cookies that help us analyze and understand how you use this website. These cookies will be stored in your browser only with your consent. You also have the option to opt-out of these cookies. But opting out of some of these cookies may affect your browsing experience.
Necessary Always activated
Required cookies are absolutely essential for the website to function properly. These cookies ensure basic functionalities and security features of the website, anonymously.
Functional
Functional cookies help to perform certain functionalities like sharing the content of the website on social media platforms, collect feedback, and other third-party features.
Performance
Performance cookies are used to understand and analyze the key performance indexes of the website which help in delivering a better user experience for the visitors.
Analytics
Analytical cookies are used to understand how visitors interact with the website. These cookies help provide information on metrics on the number of visitors, bounce rate, traffic source, etc.
advertisement
Advertisement cookies are used to provide visitors with relevant ads and marketing campaigns. These cookies track visitors across websites and collect information to provide customized ads.
Others
Other uncategorized cookies are those that are being analyzed and have not been classified into a category as yet.
SAVE AND ACCEPT